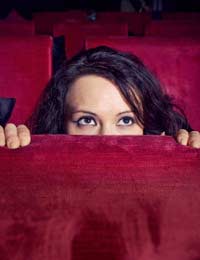 There are so many different components to thriller writing that it’s one of the most difficult genres to succeed in as a writer. If you consider some of the most successful thrillers, their storylines are often quite farfetched yet the writer must tell the story in such a way that the audience can perceive it to be real and become totally absorbed by it.

Creating a Sense of Danger

A thriller needs to have a central main character (protagonist) who finds themselves in danger. Often, the plot of a thriller will seek to isolate the protagonist from the world around them to the extent that we get to learn much more about their inner feelings and all about the predicaments they’re faced with. To do this successfully, you need to be able to portray their sense of loss, betrayal, feeling as though they are on the edge and that their whole world is at risk of collapse. Quite often, they’ll also be at risk of death at the hands of their main opponent (antagonist), although not necessarily in all thrillers. However, the important thing is to get the viewer to actually feel that the problems the protagonist encounters could actually happen to them and to be able to instill a sense of fear, dread and worry into the audience.

The Importance of Pace

If you’re making a thriller film or video, you need to ensure that it’s fast paced throughout. Very often, the beginning of a thriller wastes no time in putting the protagonist in a dilemma from the off and this enables the audience to relate to their situation immediately.

The Balance of Power

Another important aspect of thriller writing is to ensure that the villain or antagonist always has the balance of power shifted in their favour for the vast majority of the film. The whole idea being to draw the audience in to the struggles the protagonist needs to try to overcome and to get the audience on the protagonist’s side. Therefore, the villain must always be one step ahead up to the point of climax when the power shifts and the villain is eventually defeated.

Good thrillers try to lure the audience in to a false sense of security. They should be written from the point of view of taking the audience on a journey where they’re not sure where they are going. Scenes which build to a point where the audience thinks they know what to expect but then the scene dramatically switches to an unforeseen outcome will maintain the suspense and tension.

Another important aspect of thriller writing is to ensure that the audience gets to know and understand all of the weaknesses and fears in the protagonist’s character but as they come to overcome the challenges they’re presented with, the film or video must also reflect their strength and determination and, in the final outcome, show how overcoming their greatest fears and rising to the challenges have made them into a better person. At the same time, it’s also important to expose the antagonist’s weaknesses and now their own fears as the balance of power shifts and good triumphs over evil.

Quite often with thrillers, good writers will build to a climax where good eventually does win out but then when you think you can stop biting your finger nails and relax, the villain or antagonist will engage in one final attempt to undermine the hero before being thwarted for good.