Home > Planning Your Video > Intended Audience for Your Videos

Intended Audience for Your Videos 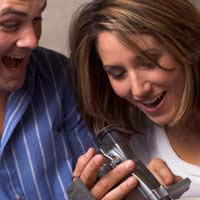 When making a home video you’ll no doubt want the finished film to be something you can be proud of and one which viewers can engage with. Video making is, after all, subjective and it’s important to bear in mind that no matter how professional you’ve been in filming and editing your video, it’s unlikely to be enjoyed by everybody. That said, if you don’t at least consider your audience, your film ‘epic’ is likely to cause one big yawn. Therefore, by having a particular ‘audience’ in mind, it will have a positive affect on the way you go about producing the video.

Not all audiences are the same. When shooting a home movie your intended audience might simply be your immediate family and close friends. Or it could be an audience you are trying to sell a particular product, service or message to. They might all belong to a single age group or might all be of the same sex. They might all be children. In fact, your audience could be clearly defined or made up of people from several different ages, cultures and backgrounds. The key is to know your audience as best you can before you make your film and to tailor your film to suit your audience as much as possible.

It also helps to know where you intend your audience to watch your video. Will there just be a small gathering around your TV or is it intended to be shown to a large audience in a much larger space on a much bigger projection screen, for example? This will have an impact upon the type of shots you make when filming. For example, a larger audience and a bigger screen means you can take more advantage of using wide-angled shots. On a TV in your front room however, you’ll benefit more from using close-up shots, particularly when there’s dialogue involved too.

Longer Does Not Equal Better

For most home movies, the shorter its length, the more likely it will hold a viewer’s attention span for longer and long enough for them to stay with it until the credits roll. You need to tell a story with a beginning, middle and an end and grab their attention at the very beginning. Be ruthless when editing and choose highlights which progressively move the story along as opposed to keeping everything you’ve shot on camera in the film.

Use different establishing shots for each scene and shoot from different perspectives and angles otherwise your audiences are likely to lose interest. Try to make sure that the progression of your storytelling is leading up to a climax at the end – that might include building up to something which the audience is anticipating or by introducing elements that give your film something of a twist in the tail.

Always keep in mind that the purpose of a home video is either to inform, instruct or to entertain and, if any of your scenes do not fit in with one or more of these guidelines, then the scene should be scrapped. Unless you’re trying your hand at creating a feature-length film, most successful home videos are 15 minutes or shorter, have a story with a beginning, middle and end, utilise a variety of shooting techniques which focus only on the highlights of an event. A home video should shed some light on the characters featured in the film to give us, the viewer, an understanding of what makes them tick together with the film having a specific purpose which the viewer can relate to. The most successful ones, therefore, are those where both dramatic effect and technical awareness, both in filming and editing, have been carefully thought through. And, done correctly, your audience will want to revisit your movie time after time.