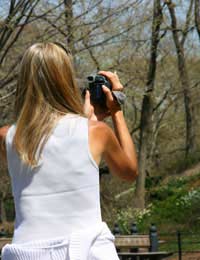 There are many aspects to consider when planning your video and here are some key issues you should bear in mind if you want your video to be well received.

As with a book, a home video should tell a story with a beginning, middle and end. You might start off by simply jotting down the premise of the ‘story’ you intend to tell in word form only, moving from point A to point B to point C and so forth until your story reaches its climax and conclusion.

Once you’ve done that, you’re going to need to consider the visual images to illustrate your story – that being what filming is all about. To do that, most video makers will devise a storyboard which is the process by which you create visual representations of each scene and, just in the same way as if you were writing a book, each scene should progress to the next one to move the story further along. A professional storyboard should incorporate everything that’s needed by the entire production team and cast members. It should include the locations for each scene, the props which might be required, the dialogue to be spoken, the positions of the actors, the positions to be taken up by the cameras and microphones, any graphics that might be required etc. In fact, a proper storyboard should represent the blueprint for all that’s required to go ahead and shoot the video.

When devising your storyboard, don’t neglect your audience. You may think you have a wonderfully captivating story to tell but if you don’t tell it in the right way, visually, your audience will soon get bored.

This, however, doesn’t mean going over the top and demonstrating the full range of special effects on your camcorder – that will only make matters worse. What you should be concerned about is that you use different angles from which to shoot your scenes, vary your locations and ensure that both your lighting and sound requirements have been put into place correctly. There are several other articles on this website to help you with these considerations.

When considering your storyboard – as well as working out what is going to be contained in each scene, you should also work out how you are going to interpret those on screen to the best effect. Therefore, you also need to come up with a shot list for every scene. This will involve screen direction, continuity, matching the action, cutting on the action, different kind of shots, pans, tilts, zooms etc and clean entrances and exits and transitions to the next scene.

Without a storyboard and a healthy dose of self-discipline, the tendency of the amateur film maker is to over-indulge and to spend too long on one or more particular scenes. There is no bigger turn off for an audience than to watch a home video which is simply far too long.

Therfore, from the very beginning, come up with an idea of how long you want the video to be in total, ask yourself if its contents justify its length and then consider how you intend to divide up that total amount of time by the number of scenes you intend to shoot. This will help to keep you focused and will ensure that only the necessary footage will end up in the finished video. It will also help to keep down the amount of time you’ll have to spend editing later on.

There are very few TV programmes or films that are special enough to be entirely confined to just one location. Perhaps, the comedy the Royle Family is one example where much of the action takes place in the living room, but this is an exception rather than the rule. Therefore, you need to be creative in your filming and to look at setting particular scenes to specific locations to suit, whether those are indoors or outside.

By considering your audience and by planning each scene meticulously stage by stage, this gives yourself the best chance of producing a home video which will be perceived as creative, well thought out and well produced.