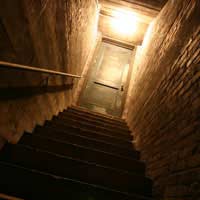 Thrillers and horror movies and DVDs are often an acquired taste and some people cannot bear to watch them at all. Nevertheless, the genre has always been extremely popular and it has generated millions of dollars for the worldwide film industry. Some movies such as Halloween, Friday the 13th, Scream and Scary Movie have enjoyed entire series of films such was their success. Yet, whilst these films often relied on blood, gore and mutilation to captivate their audiences, there are many other techniques which you can incorporate into a movie that you wish to make yourself in order to make them scary and full of suspense.

Let The Audience See What The Rest Of The Cast Cannot

A well-used, but effective, technique that is used in a number of genres is the one in which only the audience and the subject (who will be referred to as the ‘killer’) know what’s going on but the rest of the cast aren’t. In pantomime, for example, we’re all familiar with it being used as in when the audience screams “he’s behind you.” Therefore, shots of the subject sneaking up on their victim who’s oblivious to the situation often make for scary, intense drama. This is achieved to greatest effect by filming over the shoulder of the killer.

Probably the best example of this can be seen in the DVDs of Jaws where the audience can see a shot of the swimmer’s legs from underneath the surface of the water paddling like crazy. This brilliantly shot and very tense scene shows us Jaws’ (the shark’s) perspective of the swimmer.

Another useful technique adopted in thrillers and horror movies is the use of mirrors where you’ll see the victim calmly and rationally entering a room and then the scene will cut to a mirror in the room in which you’ll see the reflection of the killer, leaving you in no doubt that he’s in the same room as the victim, who’s oblivious to the fact, at the same time.

The Back Of The Head Shot

Shooting a scene where the camera gets as close in to the back of the killer’s head as possible is a very effective technique used in many scary DVDs to hint at the menace that is going on in the killer’s mind.

All thriller and horror DVDs rely on the unexpected to scare us out of our wits from time to time. Going back to Jaws, the decapitated head floating out into the water is a prime example where most of you will have jumped out of your seats. So, things like a hand suddenly appearing out of a wardrobe and grabbing a person’s neck is a good technique whereby nobody would be expecting someone to be in the wardrobe. An alternative take on this technique is where you focus the camera on a particular area and zoom in slowly (a curtain blowing in front of an open window is an often used example) and then a cat suddenly jumps through the window towards the camera. This scary technique creates the illusion of you expecting the killer to be behind the curtain so when it’s only a cat, you still jump off your seat anyway. It also serves to indicate that the killer’s still around somewhere.

Horror DVDs and scary movies use so many special effects these days in order to thrill the audiences. Nevertheless, the techniques shown here still have an amazing ability to be able to scare people and are simple to incorporate into scary movies. Adding scary background music to your film can heighten the drama even more. Filming at night also adds dramatic effect. So, whether it’s your children’s annual Halloween party you want to film or you see yourself as future movie producer making your own versions of the likes of Friday the 13th or Scary Movie, trying out some of these basic techniques will give you a useful start in the creative process.